Marxist students report on today's free education demo. With Corbyn promising to abolish fees, the possibility of free education is within our reach.

Thousands of students marched through central London today to demand “free education now”. With Corbyn promising to abolish fees, and with the current Tory government in crisis, the prospect of free education has become a tangible possibility within our generation’s reach.

Thousands of students marched through central London today to demand “free education now”. The Marxist Student Federation (MSF) was present with its own “Revolutionary Bloc”, with comrades from Marxist societies as far away as Swansea and Warwick joining those from London universities, such as UCL and SOAS.

The main slogan of the organisers linked the demands of “free education now” and “tax the rich”. Whilst we fully support taxing the capitalists’ profits to fund free education, and other vital services, recent revelations from the Paradise Papers have once again confirmed what we already know: the rich and powerful have a million-and-one ways to evade taxes.

Taxing the rich, therefore, does not go far enough. This is why the slogan of the lively and colourful Revolutionary Bloc was for “free education funded by expropriation!” There is plenty of wealth in society to fund free education - and much much more. But it sits in the hands of a tiny elite. Instead, we need to take this wealth into public ownership, as part of a democratic and socialist economic plan, in order to fund education, healthcare, housing, pensions, public services, and so on.

For a number of reasons, this protest was smaller than similar protests seen in previous years. Firstly, it was not an official NUS demonstration, with few resources dedicated from student unions to mobilise locally or nationally. This shows the need to fight to transform the NUS - a fight that Marxist student activists across the country are involved in.

Secondly, it is possible also that many students who would have come to such a demonstration in previous years are now focusing on the political struggle ahead: the fight for a Corbyn Labour government. With Corbyn promising to abolish fees, and with the current Tory government in crisis, the prospect of free education has become a tangible possibility within our generation’s reach. 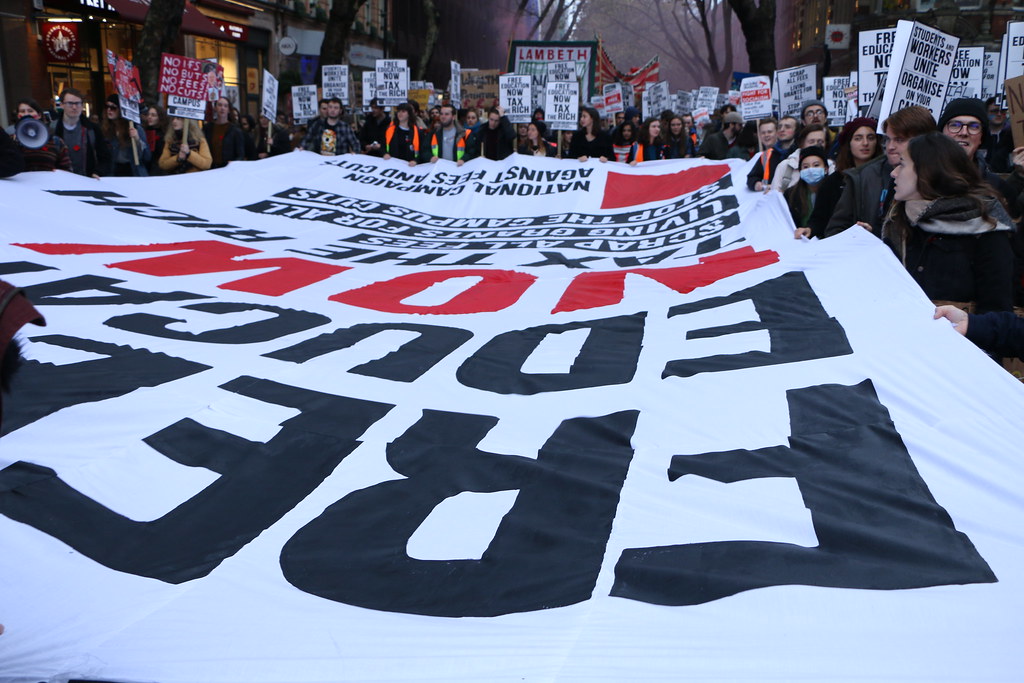