On Saturday, September 28, the biggest anti-war demonstration ever seen in London took place with 400,000 people marching. This shows the real mood in Britain today. 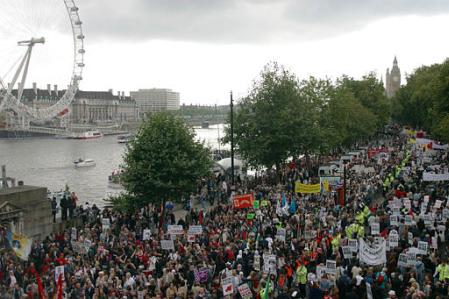 On the question of war against Iraq Blair likes to portray himself as representing the opinions of the majority of people in this country. Opinion polls actually show the opposite is true. On Saturday, September 28, this was confirmed when the biggest anti-war demonstration ever seen in London took place with around 400,000 people taking part. This shows the real mood in Britain today.

Originally the police were claiming only 40,000 people had turned up for Saturday's anti-war demonstration. Actually that is the figure they had been expecting and had planned for. They were very soon forced to admit that there were 150,000 on the demo. But even this is a gross underestimate. 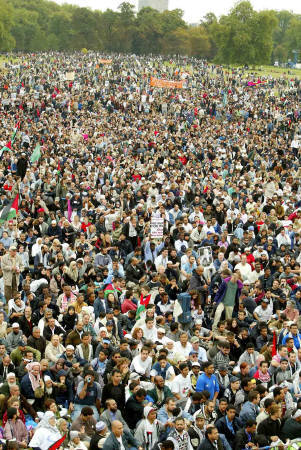 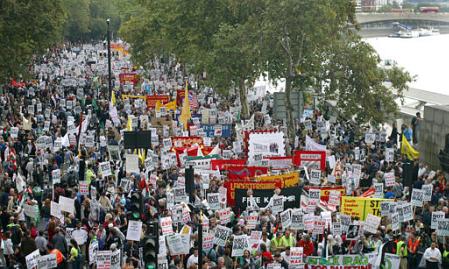 The anti-war demonstration attracted people from all walks of life. Some newspaper reports tried to play down the significance of this demonstration, trying to get the message across that ordinary people in Britain are not really bothered about this issue. But they are very wrong. There were many trade union banners on the demonstration. Important national trade union leaders had actually given their official backing to the protest.

Such a huge participation in Saturday's demonstration is part of a wider process taking place in Britain. It shows that a huge wave of subterranean opposition is now coming to the surface. The next period will be completely different to the one we have been through. A new period of class struggle is opening up in which millions of workers and youth will be looking for an alternative to this rotten capitalist system.