Electric cars are being heralded as a key technological solution to the climate crisis. But under capitalism, this green alternative to petrol-power is dependent on imperialist exploitation. This is why we need a socialist economic plan.

Electric cars are being heralded as a key technological solution to the climate crisis. But under capitalism, this green alternative to petrol-power is dependent on imperialist exploitation. This is why we need a socialist economic plan.

Electric Vehicles (EVs) are being marketed to us as an ethical, eco-friendly choice. The corporations bankrolling this innovative technology - such as Tesla, BMW and VW - are lauded for paving the way forward for humanity.

But far from being our saving grace, these technologies are based on the imperialist plunder of the so-called ‘developing world’ in order to be ‘economically viable’ under capitalism. Child labour in the mining industry is a case in point.

Though the electricity used by such vehicles is typically generated using fossil fuels, this is overlooked for the net positive environmental impact. The dirty secret, however, is that EV batteries are dependent on slavish conditions and child labour in the Democratic Republic of Congo (DRC).

The southern region of the DRC is one of the richest veins for natural minerals on the planet. Cobalt is an essential component not only for EV batteries, but for smartphones and laptops also. As the Financial Times reports, 72% of cobalt came from DRC last year, with a 30% portion coming from ‘artisanal’ or informal miners.

Informal miners dig by hand in Kolwezi, using scraps of metal and wood to keep collapse-prone tunnels open. There is no protective clothing provided and very little, if any, regulation. 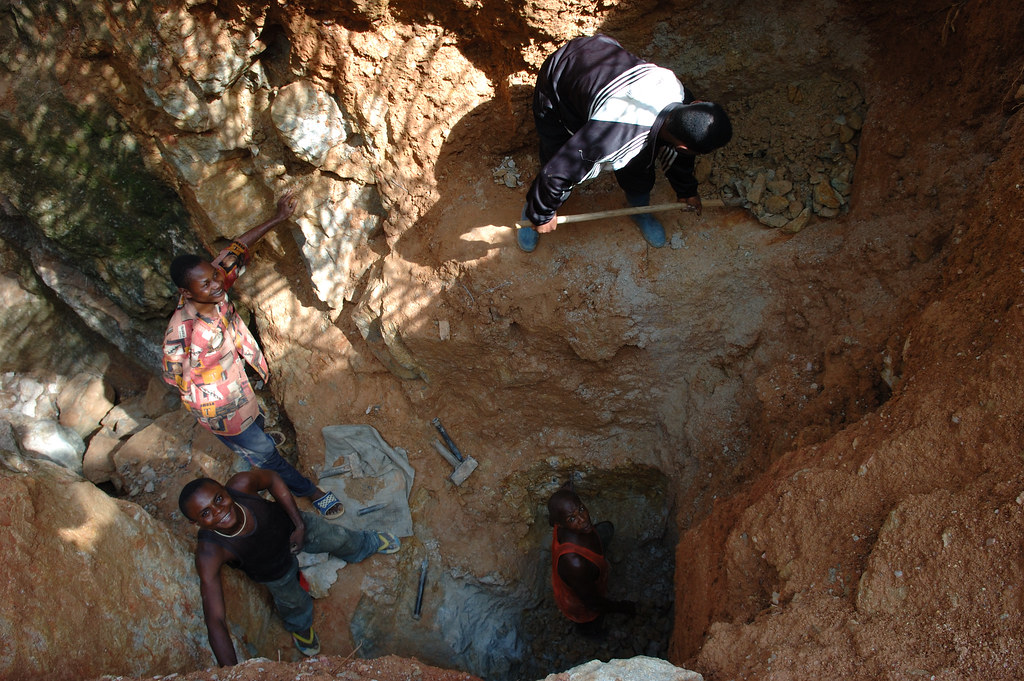 The poverty-stricken conditions that workers have to endure reflect the inconvenient truth that the terms of trade are biased against underdeveloped countries. These imperialist-dominated countries are compelled to exchange more labour for less.

EVs are expected to increase from a 2% share of the global car market to 22% in 2030. Bloomberg New Energy have projected that demand could grow 47-fold by 2030.

Car manufacturing giants have announced an impressive array of EV models set to hit the markets in the next decade. Billions of dollars have been pledged to create EVs en masse, with BMW expecting profit margins from EVs to match its traditional cars before 2025. These investments have already begun to stimulate demand, whilst also drawing more Congolese children into mining pits.

Workers in these mines make a pittance – often not enough to eat for days on end if they do not successfully mine. The lion’s share of the wealth, meanwhile, is siphoned off by profiteering multinational corporations.

“We are condemned because we can’t send our children to study,” explained a father interviewed by Sky News, “but the little money we have isn’t enough even to feed them”.

China supplies two-thirds of the world’s refined cobalt, with its main company Huayou taking the ‘see no evil, hear no evil’ approach by default. Traders do not question where the cobalt comes from or who has worked to extract it. Cobalt then enters the global supply chain in China after being refined, making billions of dollars for big business. This is textbook imperialism.

Despite pleas from groups like Amnesty, no country legally requires firms to publicly report their cobalt supply chains.

No say under capitalism Though corporations posture as responsible, this hot air is intended to distract us from the climate crisis they are causing. As Marx wrote in Introduction to the Critique of Political Economy:

“Production produces consumption: first by providing the material of consumption; second by determining the mode of consumption; and finally by creating in the consumer a need for the objects which it first presents as products.”

Under capitalism, the majority – the international working class – do not have a say in how resources are sourced, how production is organised, or the quantities of what is produced.

Instead, a tiny handful of capitalists call the shots with little regard for our environment or livelihoods. The language of economic viability is a crude euphemism for profitability. The language of ‘consumer choice’ seeks to pass the buck away from the capitalists and onto the individual.

But green alternatives are only available to small sections of the world’s population. Ultimately, it is the dynamics of the market that determine what options are available and to whom. EVs are unlikely to ever become a popular option in the DRC; impoverished mining communities will not see their share of wealth, as long as capitalism and imperialism remain.

The simple fact remains: for every environmentally destructive company we boycott or shut down, another will return in its place – until we overthrow the system that gives rise to their existence.

The same goes for child labour (which is not unique to the DRC) and exploitative practices in the ex-colonial countries. If we do not cut at the root, these vices will reproduce themselves.

Though individual efforts and environmental consciousness should be encouraged, we must not let these distract us from the vital task of bringing about a complete political and economic transformation of society.

Only a socialist economic system - one that democratically plans production, rationally allocates energy and resources, and harnesses technology for the betterment of the world - can be in harmony with nature. That is why we must fight for socialism.